To implement the idea of build propagation in your pipeline, we can use a concept called fan-in / fan-out. In the image below, there is a “fan-out” from the end of the “Build” pipeline. It fans out into three functional test pipelines. The opposite of a fan-out is “fan-in”, where multiple (upstream) pipelines lead into a single (downstream) pipeline.

Here’s how that looks:

In practice, this means that if one or more of the functional test pipelines fails, then the UAT pipeline doesn’t get triggered. This makes sense since that changeset is not “good enough” to go to UAT.

That’s the real beauty of a CD pipeline - it prevents bad changes from reaching important environments (such as production).

What we don’t see in the image above, are the dependencies between

For the sake of completeness, we added these dependencies in and this is what the pipeline would look like.

As you can see, it complicates the image quite a bit and so, has been omitted from other images. Owing to GoCD’s fan-in ability, adding that dependency doesn’t change how and when the pipelines are triggered. If a commit is made to the code repository, it does not mean that the functional test pipelines are triggered. Since each functional test pipeline has two dependencies now, both of them have to be compatible (i.e. be the same version) before it triggers.

Unlike the example in the image above, maybe your repositories are structured so that functional tests and deployment scripts are in their own repositories. If so, they can be modeled as shown below:

Kubernetes, Greek for “helmsman of a  ship,” is an open source system designed to manage containerized  services. The Kubernetes project, an offshoot of Borg, was released by  Google in 2014 with an aim

The goal of today's post is to outline how you can get Ghost up and running in a Docker / Nginx environment, and how to set it up to be self-updating. 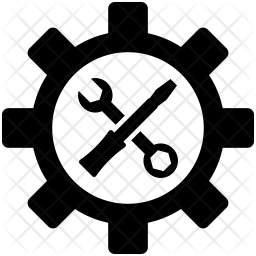